It is now five years since the foundation of the Institute of Science and Technology. Aka IST Austria, it brings together high-powered scientific endeavour and world-class research under one roof in Maria Gugging in Lower Austria.

This anniversary was at the heart of the 2014 Annual Report. A series of infographics and illustrations told the story so far at IST, while giving a glimpse of what the future had in store. 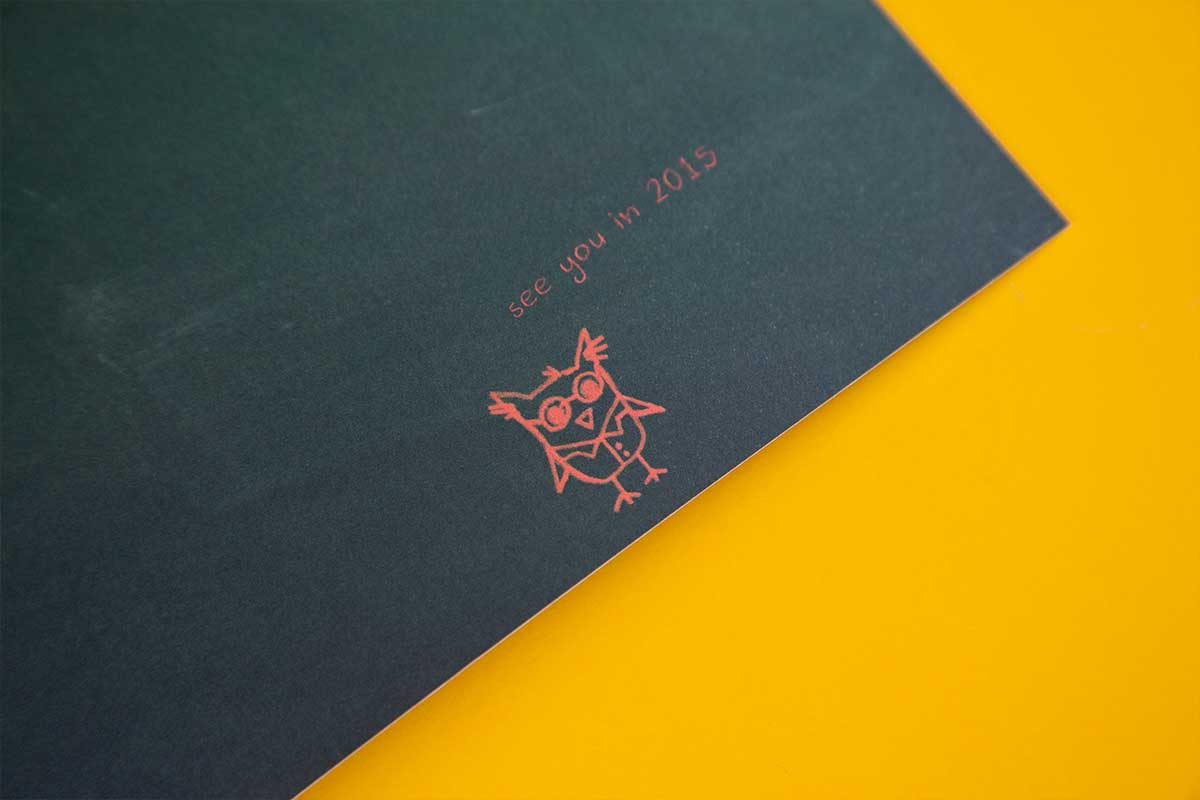 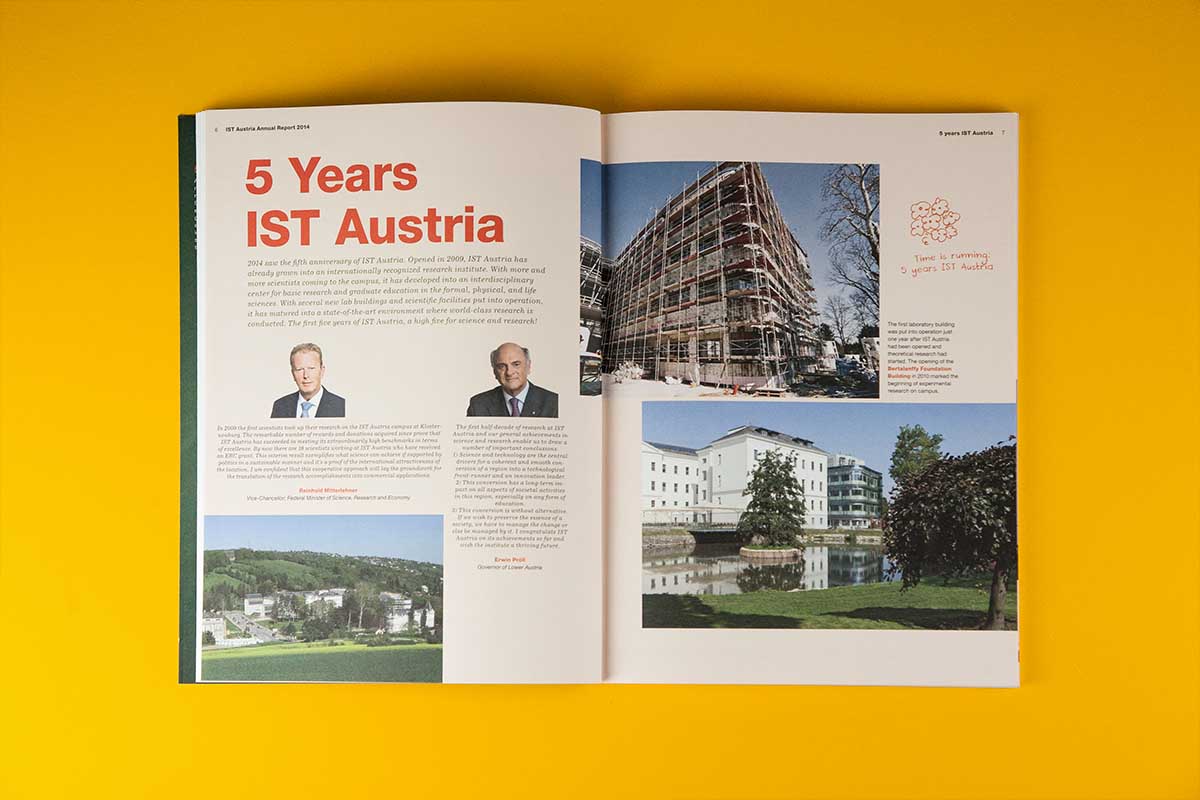 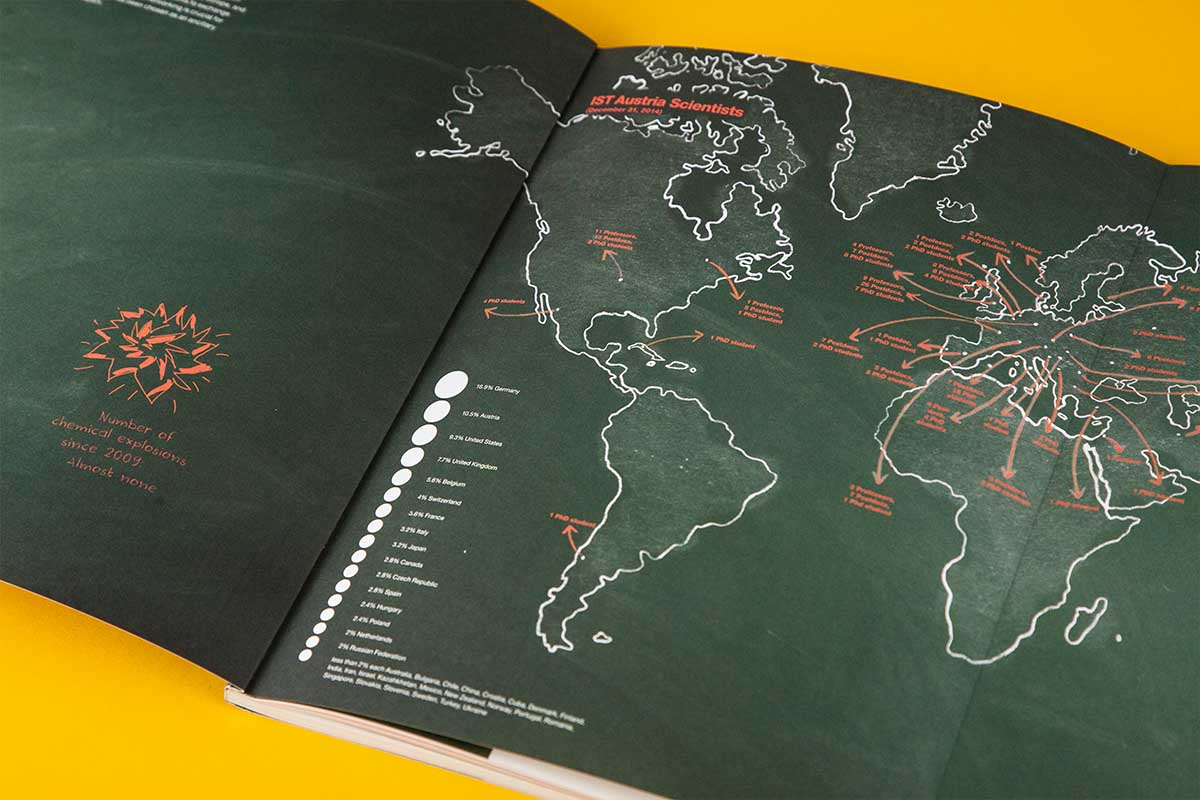 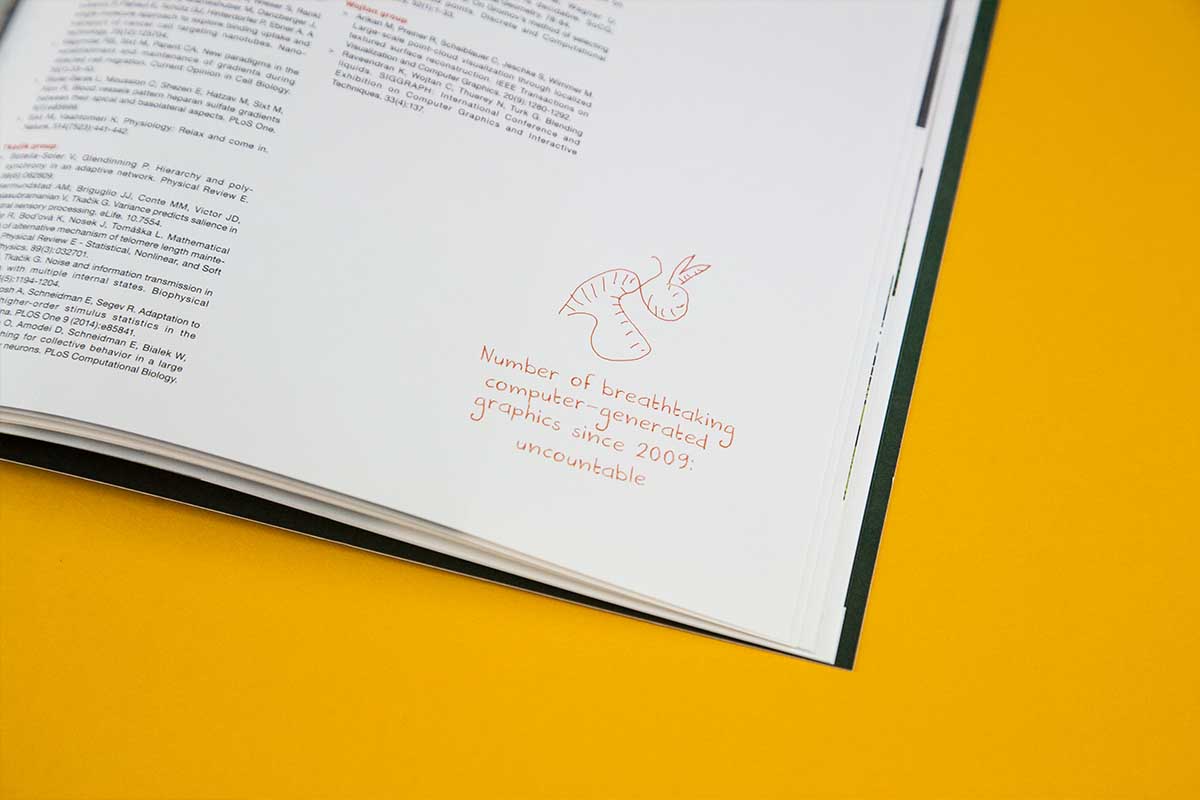 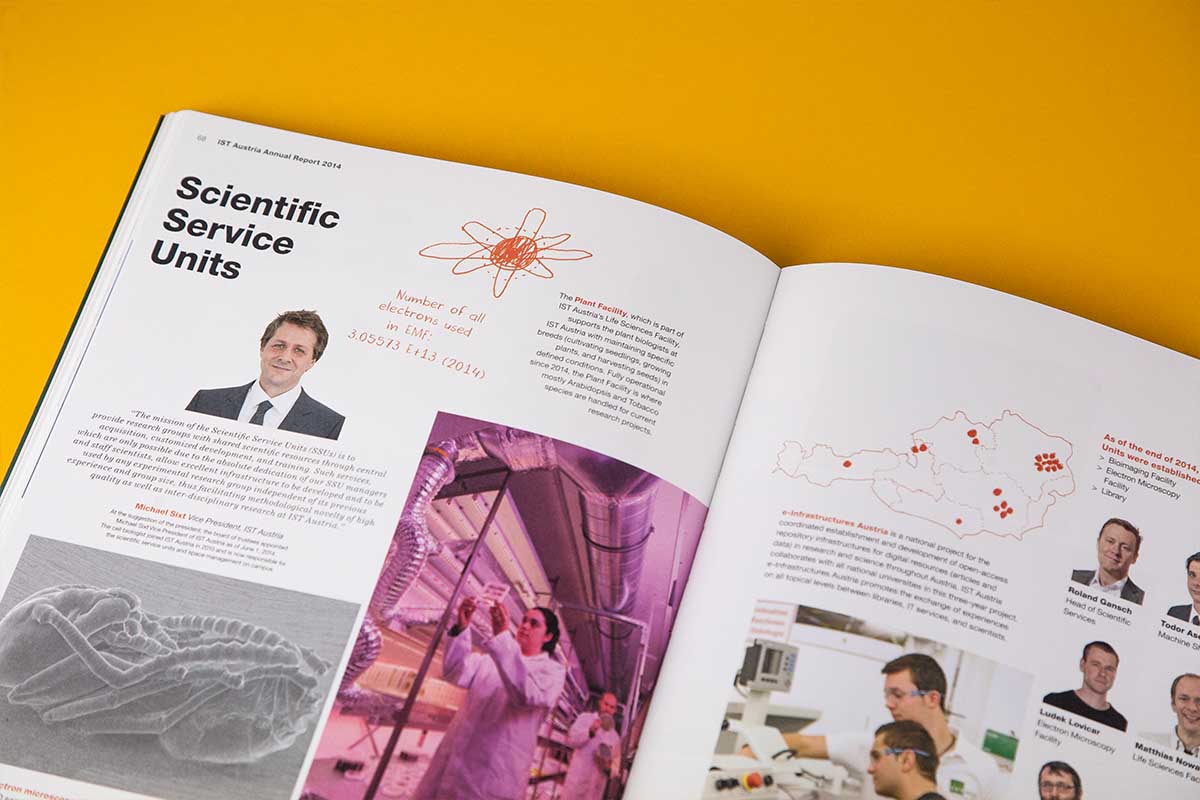 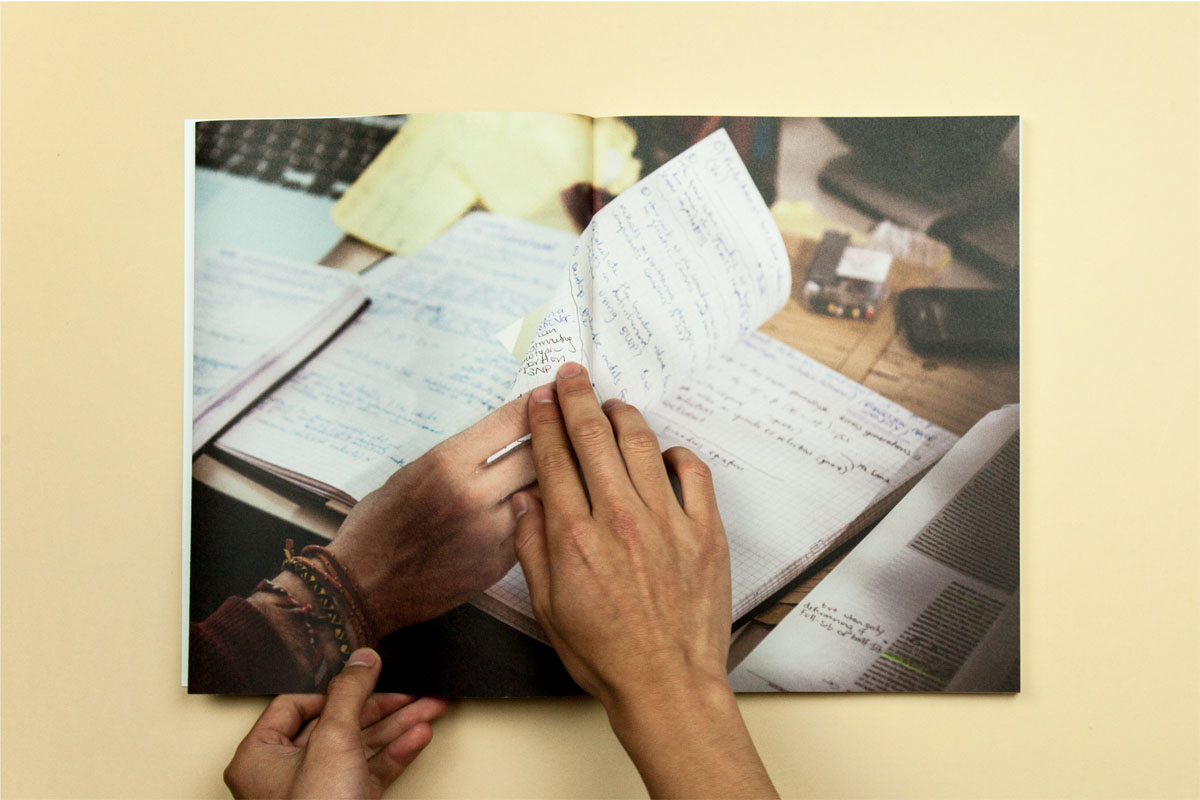 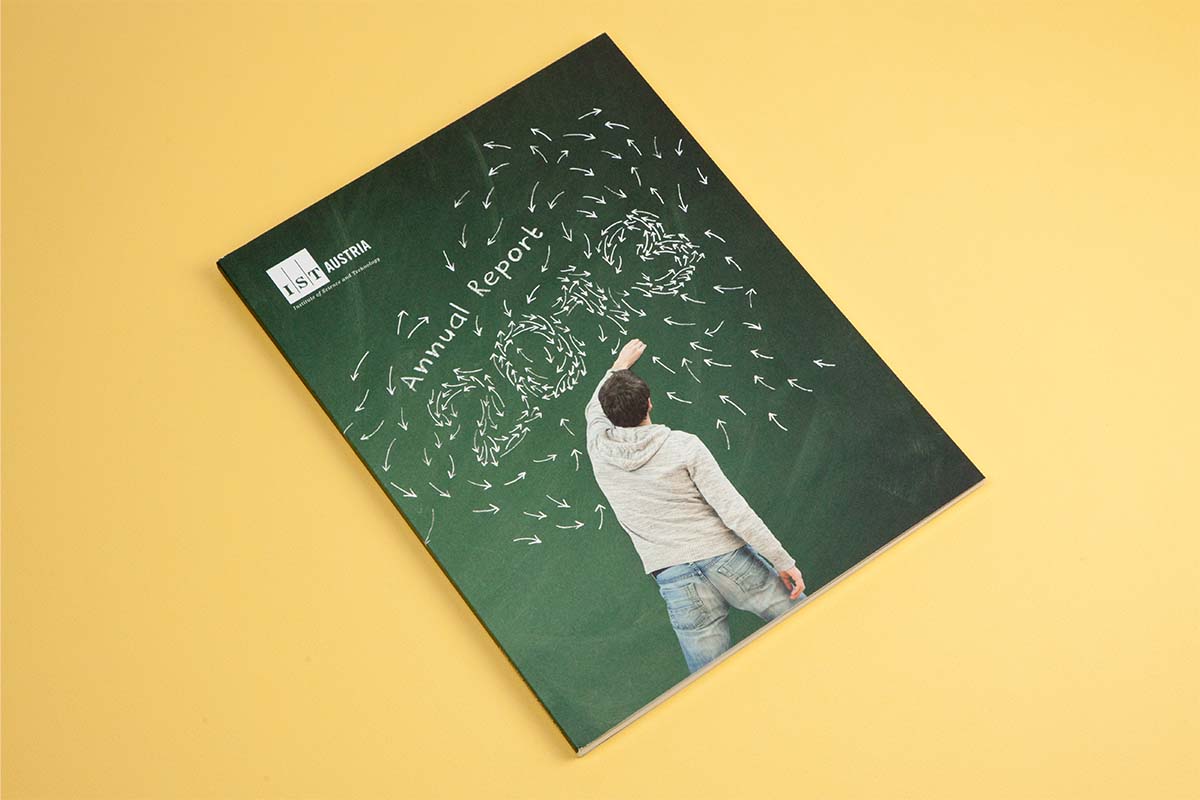 A milestone for Austria’s future as a research centre